As previously announced, Cayuga RNG’s first project is being developed at the Spruce Haven Farm (“Spruce Haven”), located in Cayuga County in the Finger Lakes region of New York. The project incorporates an existing anaerobic digester that generates biogas, which is used to produce renewable electricity, and is expected to be completed in the second half of calendar year 2022. Cayuga RNG contracted with Martin Construction Resource, LLC, an industry-leading supplier of RNG equipment, for the gas upgrading equipment at Spruce Haven. 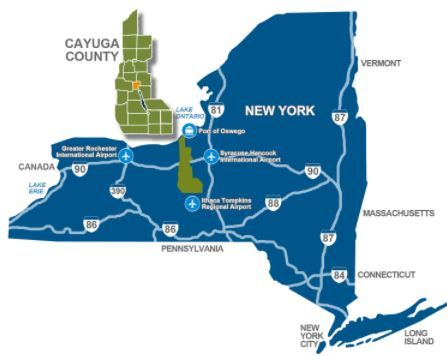 Cayuga RNG’s second project will be located at Allen Farms, which is approximately five miles from Spruce Haven. Allen Farms has contracted with Cayuga RNG to supply dairy waste that will serve as the feedstock for renewable natural gas. The project will include the construction of an anaerobic digester and a combined heat and power project. Once completed in the second half of calendar 2022, the project is expected to produce 85 million cubic feet of environmentally friendly RNG each year. Cayuga RNG is actively pursuing several other projects in the region. GHI Energy, a UGIES subsidiary, will be the exclusive off-taker and marketer of RNG for Cayuga RNG.

“We are very pleased with our expanding opportunities in the Finger Lakes region of New York,” said Robert F. Beard, Executive Vice President, Natural Gas. “Our growing investment in Cayuga RNG demonstrates UGI’s continuing commitment to the development of environmentally responsible energy sources and is consistent with our stated goal of significantly reducing greenhouse gas emissions. Overall, this brings UGI’s total commitment to renewable natural gas projects to over $100 million.”

About UGI Corporation
UGI Corporation is a distributor and marketer of energy products and services. Through subsidiaries, UGI operates natural gas and electric utilities in Pennsylvania, natural gas utilities in West Virginia, distributes LPG both domestically (through AmeriGas) and internationally (through UGI International), manages midstream energy assets in Pennsylvania, Ohio, and West Virginia and electric generation assets in Pennsylvania, and engages in energy marketing, including renewable natural gas in the Mid-Atlantic region of the United States, California, and the District of Columbia and internationally in France, Belgium, the Netherlands and the UK.

Comprehensive information about UGI Corporation is available on the Internet at https://www.ugicorp.com.

Comprehensive information about GCE is available on the Internet at http://globalcommon.com/

About Spruce Haven Farm
Spruce Haven, a family farm founded in 1987 by Doug and Janet Young, along with Janet’s father, Dave Camp, and currently operates with nearly 2,000 cows and 1,700 heifers.

Spruce Haven works toward responsible and sustainable farming, acting as a research and development center for the dairy industry. The research at Spruce Haven Farm has contributed to products improving dairy performance globally. Spruce Haven also works to improve the lives of its employees and families both in their neighborhood and in Guatemala.

See their website http://pursuehappiness.farm for details of their goals and progress.

About Allen Farms
Allen Farms, established in the early 1950s, is owned and operated by Duane Allen and his brother Gary Allen. The Allen Farms facility in Scipio, New York currently operates with approximately 3,000 cows and 2,000 heifers.

Allen Farms advocates for land stewardship and resource conservation. They appreciate the opportunity to contribute to environmentally attractive energy development and believe that their RNG project will demonstrate how larger dairy farms can benefit both their employee families and many others through their small contribution to reduction of atmospheric methane impacts.