Most people associate March 17th with Irish heritage and all things green, but here at UGI Energy Services, we have another reason to celebrate. March 17th marks the anniversary of the creation of UGI Energy Services in 1995. If you are counting the years in your head, that totals 26 years in the Energy Marketing & Midstream business!

We at UGIES are incredibly proud of the business we have built through the hard work and dedication of all our employees since 1995. For those of you not familiar with the history of our company, we would like to share some background on how we got here and what took place along the way.

UGI Corporation has been in the energy business pretty much as long as there has been an energy business. Incorporated in Philadelphia, Pennsylvania in 1882 as United Gas Improvement Company, UGI became the first public utility holding company in the United States. That means that UGI was around when Edison started his first electric company (using DC current), when Nicola Tesla invented the Tesla Coil, and when the first municipal-owned gas utility was formed in Philadelphia, PA.

Fast forward over a century to 1985, when the United States embarked on the first attempt at natural gas deregulation. Traditionally, the large interstate pipeline companies bought natural gas from producers, transported it and sold it to various LDC’s for resale to all of their customers. A consortium of large industrial customers lobbied the federal government for the ability to buy their own natural gas and schedule transportation to their operating area as a means of cost reduction. The Federal Energy Regulatory Commission (FERC) granted them this right in 1985.

UGI Utilities had the foresight to embrace this deregulation effort and created a transportation tariff that allocated pipeline capacity to customers wishing to buy their own gas. UGI was not only an early adaptor but also one of the leaders in this effort. The company took it one step further and created a “deregulated” marketing subsidiary called GASMARK that developed buyer pools for UGI customers that were smaller or chose not to deal directly with producers and helped save them money on their natural gas. GASMARK is the predecessor of UGIES and moved its first pool gas in November 1985.

1995 brought with it the next attempt at deregulation with further incentive to utilities to allow customers to transport their own gas. Pennsylvania decided to not only allow customer choice on gas but also started the deregulation of power sales. In 1996, Pennsylvania’s electricity market was officially deregulated, meaning that customers could now “shop” for their electricity supplier. Prior to deregulation, an energy consumer had no choice but to purchase their energy directly from their local utility. UGI management was again at the forefront of this effort and decided to take the success that GASMARK had built in ten years on the UGI Utilities system and try to duplicate it with commercial and industrial customers in other utility areas. Hence the formation of UGI Energy Services on March 17, 1995.

UGIES was started with eight individuals. This was a small but mighty team that had a “do whatever it takes” attitude and a fierce determination to succeed. The business plan then was very similar to our plan today - deal straight with customers, provide excellent service, get the billing right and don’t make risky financial decisions. Our adherence to this plan kept us in business over years when many other companies went under.

Starting with a solid book of business on the UGI Utilities system allowed a great platform from which to grow. Several additional sales reps were hired to expand our reach into PECO, Penn Fuel Gas, Baltimore Gas and most of the New Jersey utilities.

The next milestone occurred in 2003 with the acquisition of TXU Energy’s northeast customer business. With this acquisition, we saw the opportunity to increase our sales volumes and pick up a talented management, sales, and support staff as well. We closed on the purchase March 1, 2003 and most of those customers and employees are still with us today.

Seeing a need to add assets to our portfolio, we invested in liquefied natural gas (LNG), propane peak-shaving facilities and coal-fired power generation. In 2011, we started the conversion of the Hunlock electric generation plant from coal to natural gas and also started construction of a second LNG plant with four times the storage capacity of the first plant. We continue to expand our LNG business building storage and vaporization at Steelton, PA, and just completed in November 2020, storage and vaporization at Bethlehem, PA. UGIES has now become one of the largest LNG and peak-shaving companies in the eastern U.S. 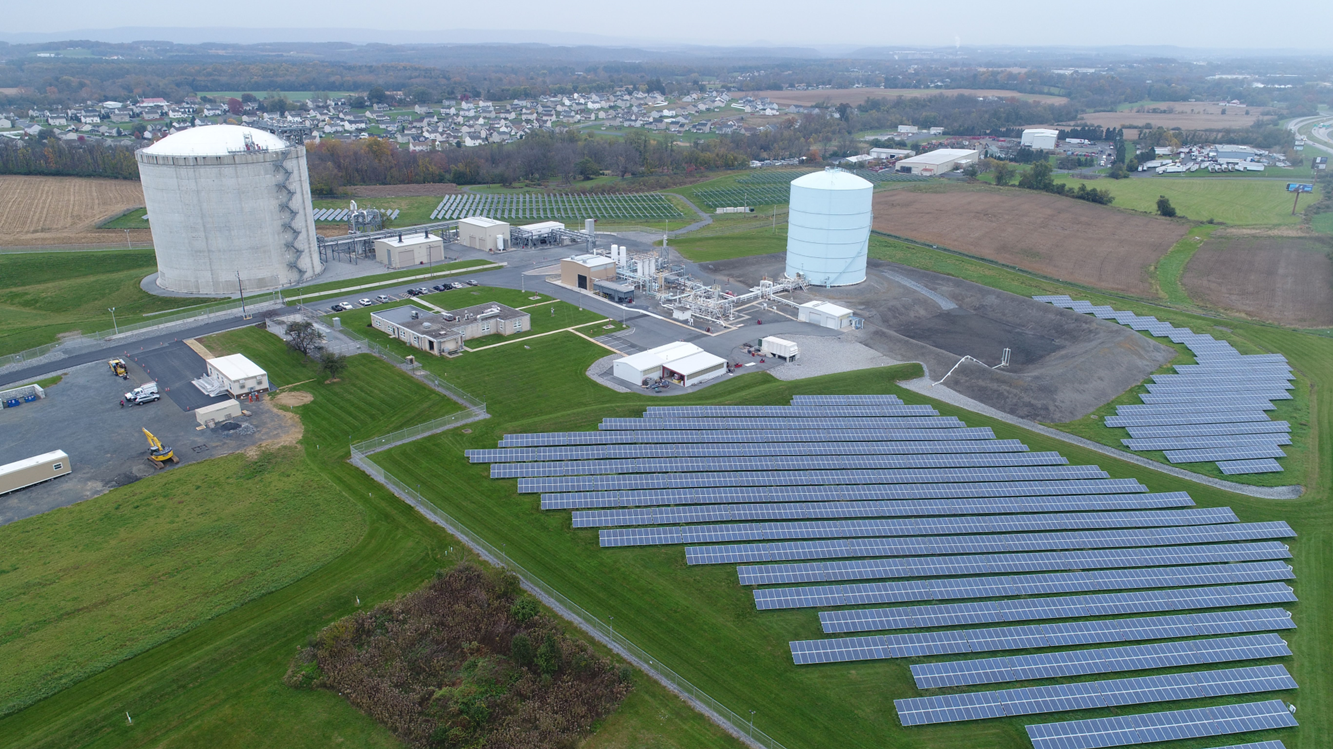 In 2008/2009, UGIES began exploring opportunities relating to the developing Marcellus Shale gas industry in Pennsylvania. The first opportunity that we executed on was the construction of a compressor station and pipeline interconnect to move the substantial amount of gas discovered in northeastern PA for sale to the market. Since this time, we have added construction of several pipelines and compressor stations providing more locally sourced gas into the market for customers. The development of Marcellus gas has provided consistently low natural gas and electricity prices for the last decade, allowing substantial economic growth in Pennsylvania.

Our retail gas acquisitions continued with the purchase of EQT’s customer book in January 2015, increasing our presence in western PA. The South Jersey Energy customer acquisition closed in late 2018. Both of these transactions brought experienced employees to our team as well.

In 2019, having once again outgrown its headquarters office space, UGIES became the anchor tenant of the Knitting Mills redevelopment in Wyomissing, Pennsylvania. This remodeled building which was one of the former VF Factory Outlet stores, will allow for continued employee growth for years to come.

Also in 2019, we saw an opportunity to acquire gathering and pipeline assets in the western part of the Marcellus Shale and closed on the acquisition of the Columbia Midstream Group (CMG). This expanded our footprint further into western Pennsylvania, eastern Ohio and northern West Virginia and more than doubled our pipeline capacity. About thirty employees joined us from CMG allowing a stable transition of the business.

The year 2020 will go down in our memories as the year of the COVID pandemic. As we all learned how to work in different ways, with masks, with social distance, with sanitary protocols and, for many of us, from a home environment, it was certainly challenging and stressful. The resilience and strength of our employee team continued to show even through this difficult time. We even ventured into a new line of business, acquiring GHI Energy, a renewable natural gas (RNG) marketing company that sources supply from landfills and bio-digesters.

As a company, we continue to focus on expanding our services and developing our assets. We are poised and excited for what the next 26 years will bring. Our organization has grown immensely over the past 26 years. We have gone from eight employees to over 400, and we now serve over 40,000 customers in 14 states.

While the facts and figures are great indicators of how much UGIES has grown, the continued success lies within the heart of the organization. With each new employee, asset, and customer, the company remains true to the values it set forth in 1995.